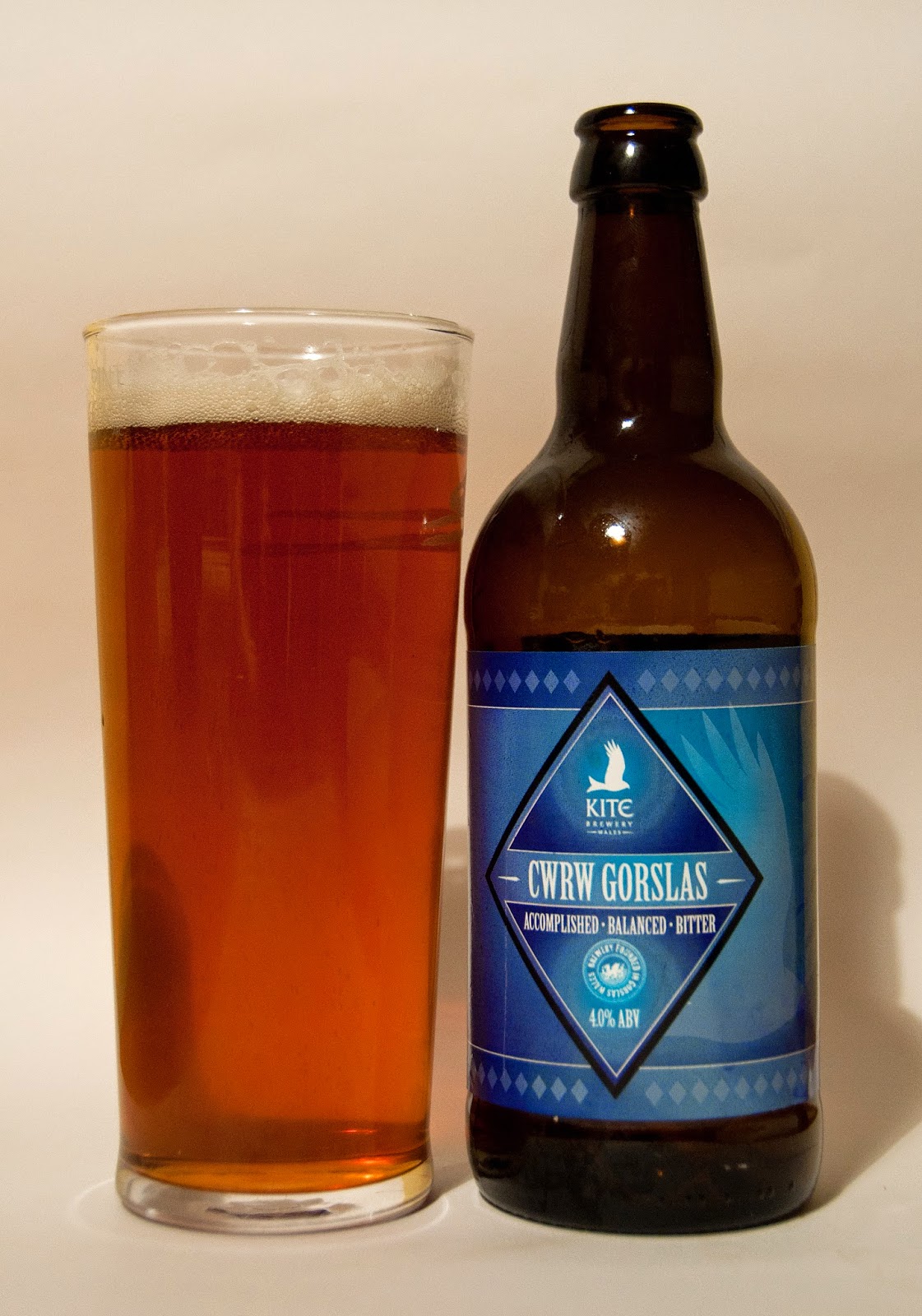 The Kite Brewery have been around since 2011 and were based in Llanelli in West Wales, producing a core range of beers such as Thunderbird and their Welsh Pale Ale, I've seen them at the GWBCF and in the Hope and Anchor in Tenby.

In 2013 they decided to relocate and chose a place down the road from me in Talbot Green. Before our trip in May to Cornwall I'd been down to their new site to the brewery shop and bought a case of their Pale Ale which went down very well with my friends and I.

Soon after their beers appeared in the local Spar shop, and a local Marstons pub had been recently having them on as guest beers too.

Cwrw Gorslas, Cwrw means beer, and Gorslas is a village located in Carmarthenshire near to their previous location.
Its a bitter, 4%, amber gold in colour, an aroma of fruit and malts. Frothy head at first, good lacing on the glass. Dry, good spicey hops and toffee, with a good body its well balanced and has a nice bitter end. 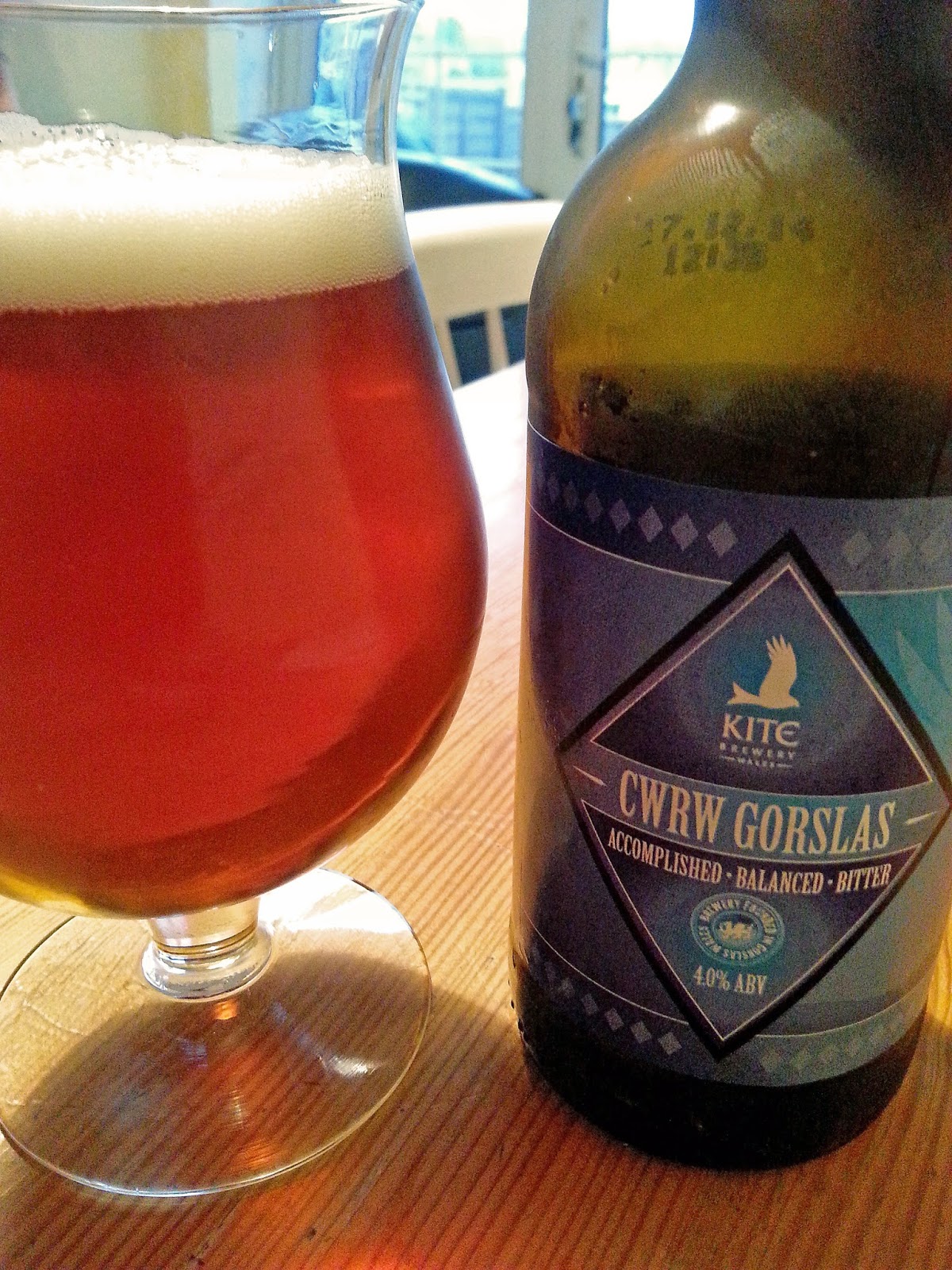