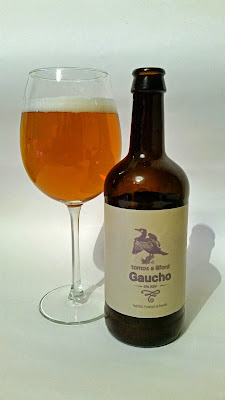 From mid Wales, specifically Montgomery in Powys, is Montys Brewery.

I've come across their beers on the odd occasion, but never noticed them being regularly stocked in one particular place.
However recently I have seen them in a nearby National Trust property, Dyffryn Gardens and before xmas picked up a bottle of Midnight, their bottle conditioned stout. 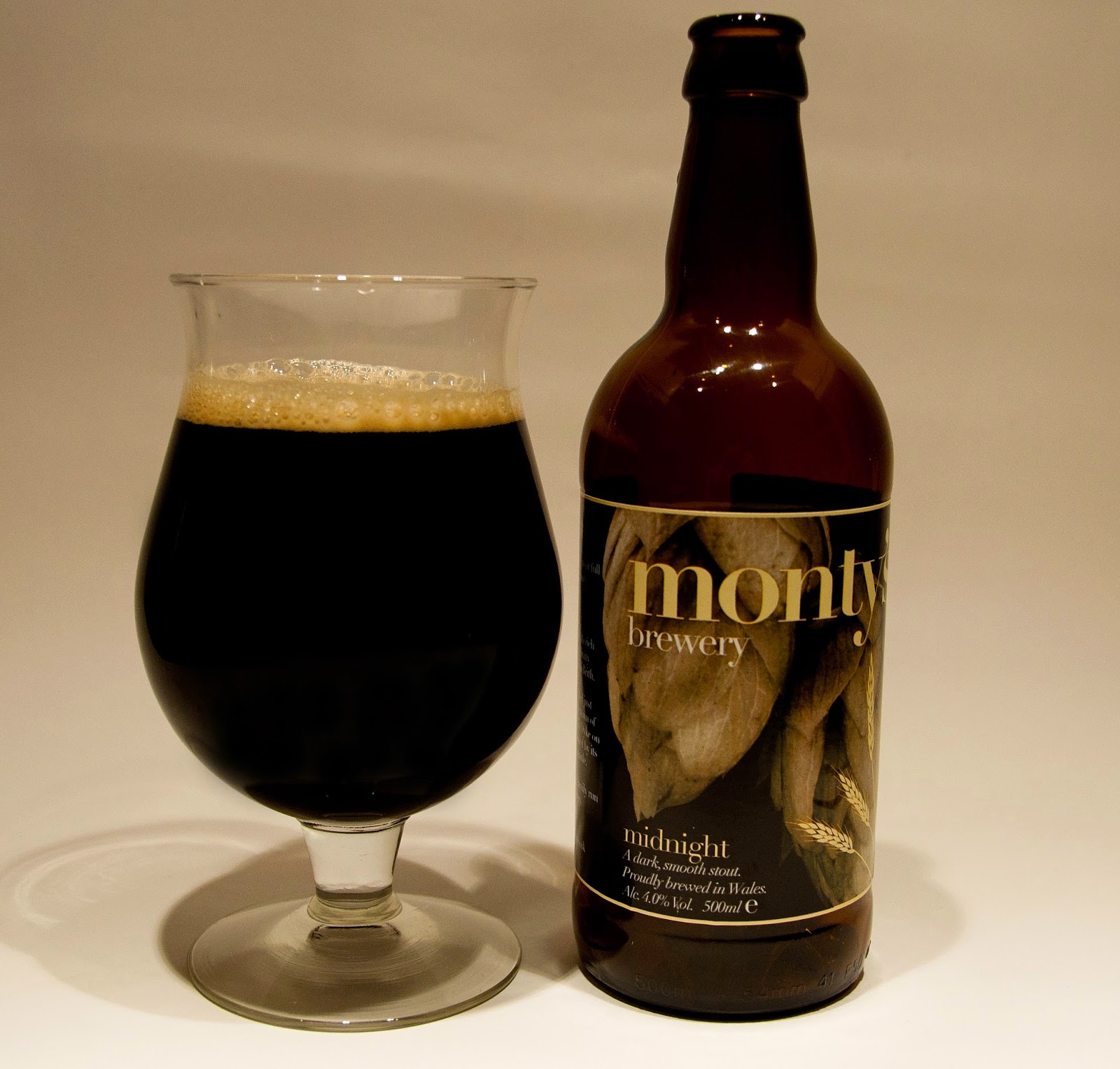 Its 500mls, 4.1%, and I paid over the odds as you would expect in a NT shop.
Now the photo shows a bit of a head but that was induced with some high pouring and soon vanished.
Aroma of malt and coffee, sweet chocolate, and you get the same in the taste, also its earthy, almost ash like.
Its got good flavours coming through, its just a shame its let down a little by the conditioning, or lack of, and its body just seems a little to thin. Personally I feel a more bodied stout would wear and present the flavours better, making it more enjoyable.