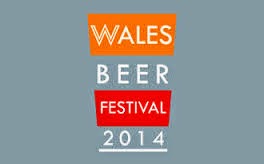 Early June means time for the Great Welsh Beer and Cider Festival, this year its been re branded as the W-Ales Beer festival, in a new location also.
Earlier in the year I noticed that the Motor Point arena in Cardiff had a band listed as playing on the dates the festival is normally held there leading me to wonder if it had either moved dates or venue.
Turns out its the venue as they've upgraded to the Millennium Stadium, and also advertising "an emphasis on international ‘street’ foods" which, lets be honest, can only be an improvement on the dreadful food at the Motor Point. Looking today on the website though I still cannot see any vendors listed so it'll be interesting to see what is there.

Details:
Beer List here
What looks interesting that they all appear to be Welsh beers, usually there are ones from all over the UK.

Price has increased again, day ticket is now £10, other deals available, and you get to keep the commemorative glass if your a CAMRA member.
(I'm fine then but what about my friends, are they to be charged if they want the glass, on top of the tenner to get in?)

Some great beers are listed, several new breweries to me that I'll try to seek out, it looks like a good beer day for me.