In the Vale of Glamorgan is the town of Cowbridge, previously mentioned here because of the food and drink festival usually held in late October.
On the high street has been for many years an excellent deli, which I only learned the name of recently, shame on me, the Elephant and Bun. 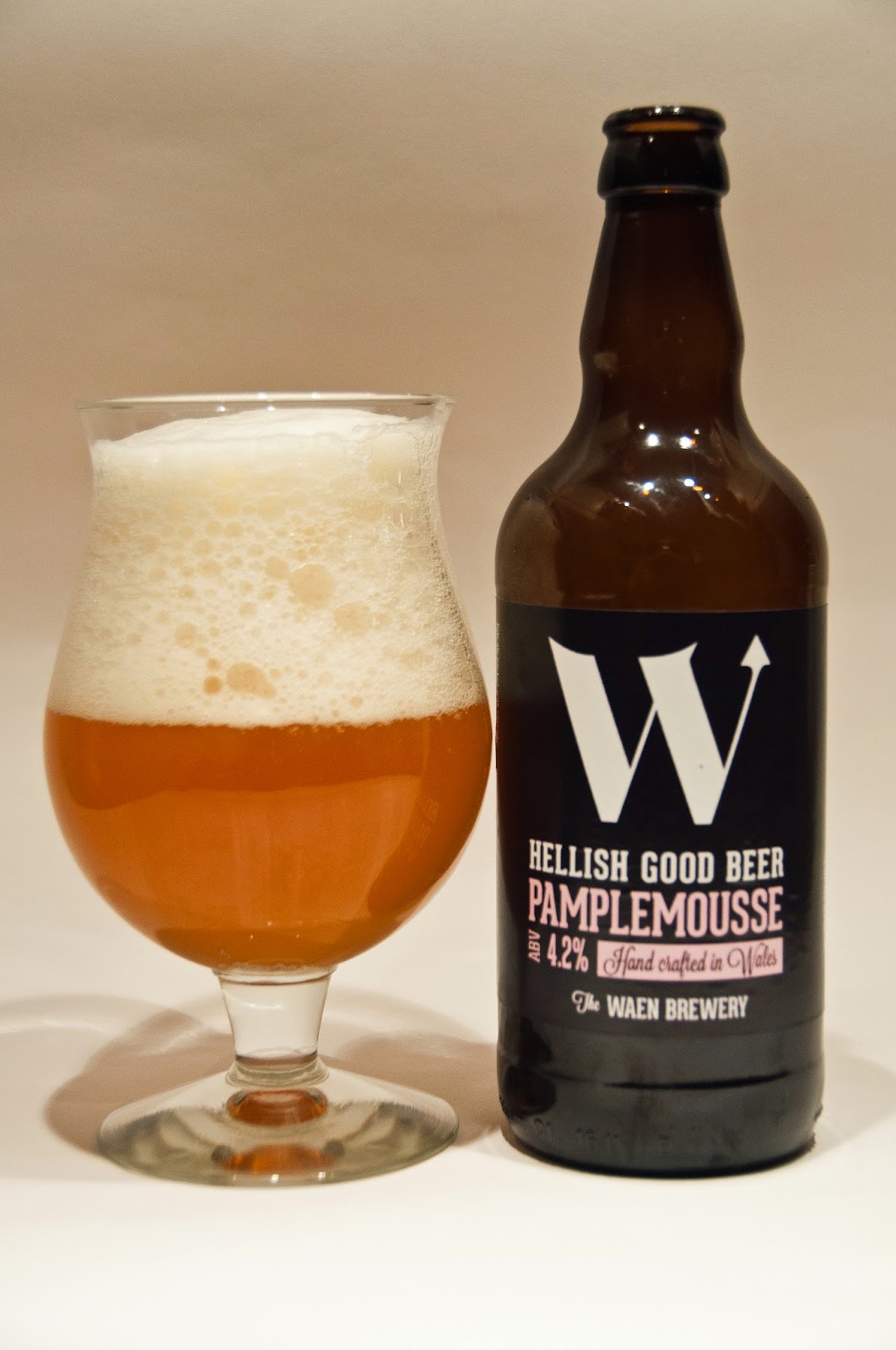 Amongst the amazing food, they've always stocked some Welsh beers, mostly Otley, but recently have expanded their line up which I learnt from new Cardiff brewers Crafty Devil via their twitter feed.
I promptly headed off and see the shelves now includes the aforementioned Devils, Purple Moose, Grey Trees, and Waen Breweries.

I picked up two from Waen, the other being 'Alright Treacle?', a lovely smooth stout, 4.% with a lingering bitterness. A little google search revealed to me that Pamplemousse is the french word for grapefruit, although french slang apparently would have it also refer to women's breasts.

'Pamplemousse' is a pale ale, 4.2%, and was a lively starter. Not surprised at that because it had so much gorgeousness in the bottle that it wanted to get into a glass and be admired.
Wonderful tropical aroma from the US and NZ hops used, a hazy gold colour with a frothy head.
Great body to it, dry, grassy and a little herbal but mostly your relishing in the juicy tropical fruits, and obviously, grapefruit. A lovely good long dry bitterness follows, leaving you wanting more.
I really enjoyed this pale ale, and certainly would get it again when I see it on any shelves or any tap.

I am sure i read somewhere that Sue at Waen adds grapefruit pith to this brew, which if it's true obviously means it sits in the class of being a 'Juicy Banger'!!

Labels: elephant and bun, waen
Email ThisBlogThis!Share to TwitterShare to FacebookShare to Pinterest