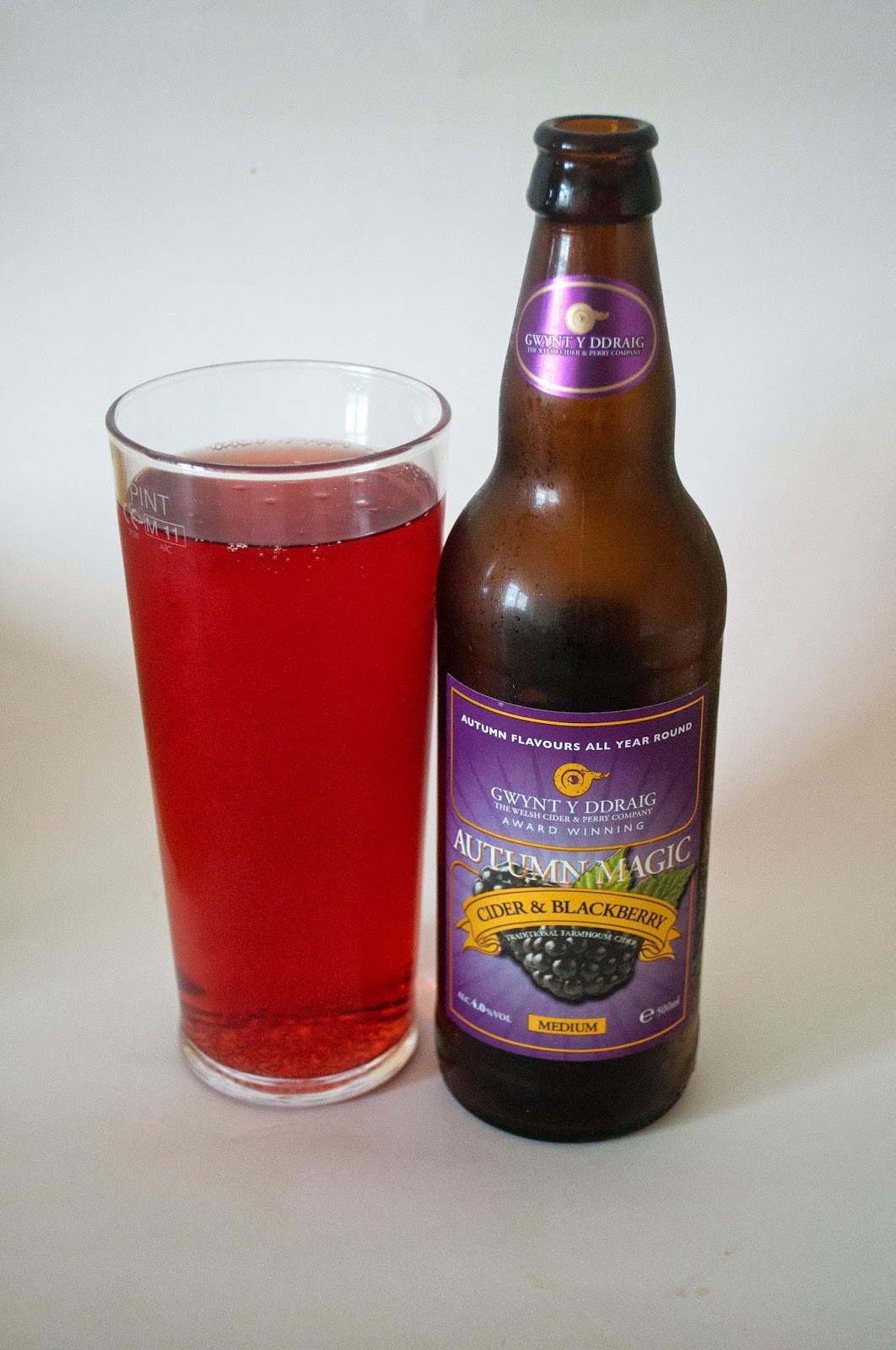 I always eyed people who had ordered a 'cider and black' with suspicion. And this is from someone who only started drinking cider a year ago.
The same went for those who put a splash of lime in their lager.
Why put blackcurrent into cider? (perhaps its something to do with the fact I dont like blackcurrents).
To me its all wrong, just wrong.

However fruit in beers really does work, there are so many examples I'm not even going to start listing some. So double standards, yes.


Autumn Magic is a cider from the Welsh cider makers Gwynt Y Ddraig, its a medium 4% cider, light by their standards really, which has blackberries in it. I like blackberries so its ok in my book.
(So again my rationale makes no sense).

The intial aroma really is full of squashed blackberries, the label mentions apple and blackberry pie, and that first hit is just when your making that pie, washing those berries, the water running red and the aroma of cleaned berries thrown into the pie dish.
Its not as sweet or syrupy in the mouth as I thought it would be, a good sharpness comes through on its light crisp body, moderate carbonation. As you get further into it the sharpness seems to dominate more but there is always that dark fruity hit just lingering in there.
Posted by arn at 22:36 >